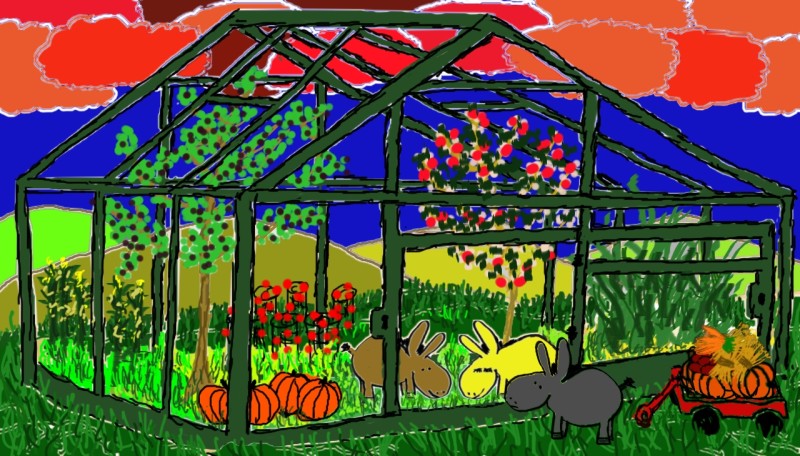 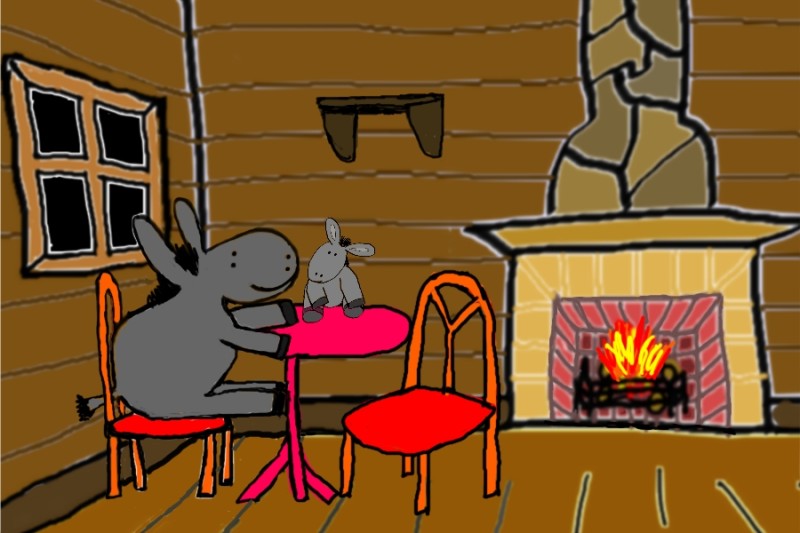 No one’s home… except for Bonny’s stuffed animal. He sure is funny-looking. Rabbit-sized ears, boxing-glove nose, two eyes that may as well be one. I wonder what he’s supposed to be? His hooves are wrong for a rabbit… and his nose is wrong for a rhino… maybe he’s a camel or a mouse… or an overstuffed rat… I wonder if he can swim… maybe he’s a sea creature who’s stranded on land… or a land creature who yearns for the sea… Hah! He sure looks funny! But even so… he’s really quite handsome. 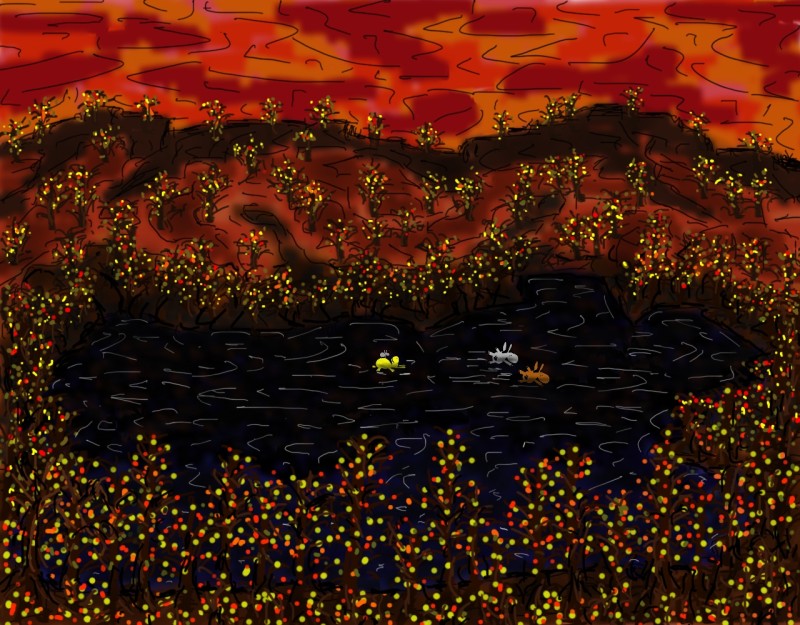 I see, said Blurtso. So it was the result of a series of diplomatic clashes over European and colonial issues that stemmed from the changing balance of power after 1867. Exactly, said Pablo. 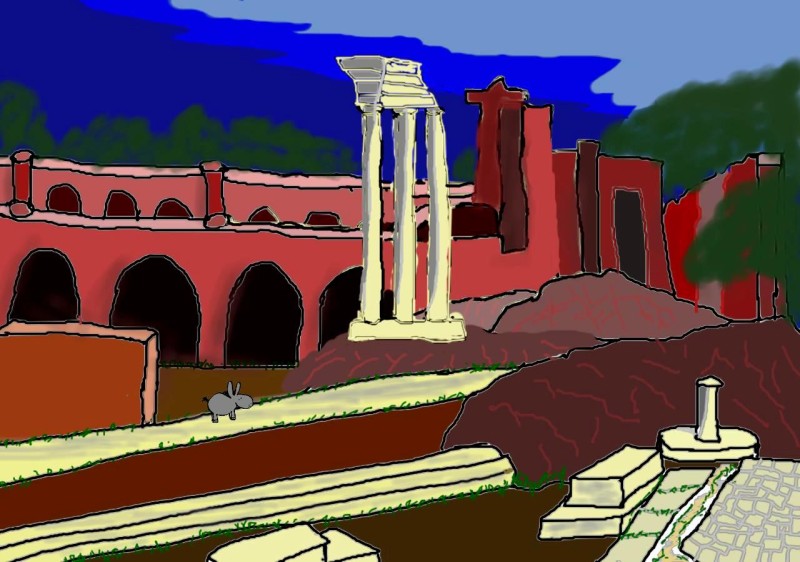 The stone is clean now, and polished in the sun. And there is no sign of blood. But how many donkeys labored away their lives, hoof after hoof after hoof, to build this place? 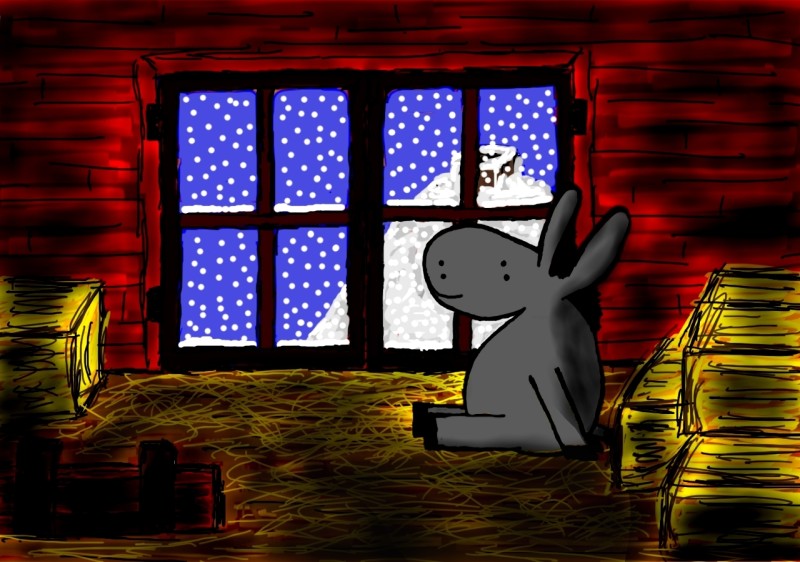 I wonder why it seems that everyone I meet is busier than me? I go to school, keep up with my classes, give my time to charitable causes, and help friends in need… but I still have time to sit and watch the snow. Maybe donkey years are longer than human years, and a donkey’s day is seven times longer than a human day.