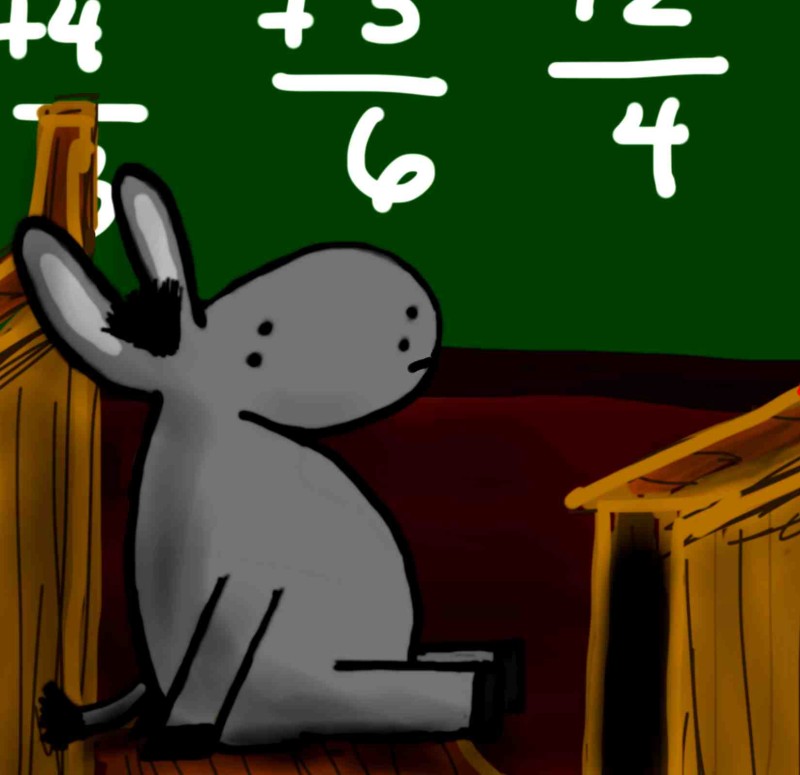 “Blah, blah, blah,” said the schoolmarm, “blah, blah, blah, blah.” This lesson is so boring, thought Ditto. I wonder what the schoolmarm is saying? It’s hard to focus with that little piece of corn between her teeth. I wonder if she knows it’s there? I wonder what else she had for lunch? There’s a spot on the sleeve of her blouse… maybe she had a Salisbury steak with gravy… or a donut with chocolate icing… or maybe it’s blood… maybe she smashed a mosquito with her elbow… or leaned against a freshly painted barn… the spot matches the color of her shoes… I wonder if she ties her laces with a single loop or bunny ears through the rabbit hole… one of the laces is loose… and an ear has come undone… I haven’t seen many bunnies this spring… maybe I’ll see one on the way home… if I’m lucky… maybe I’ll see a bunny… or a turtle… or a giraffe… 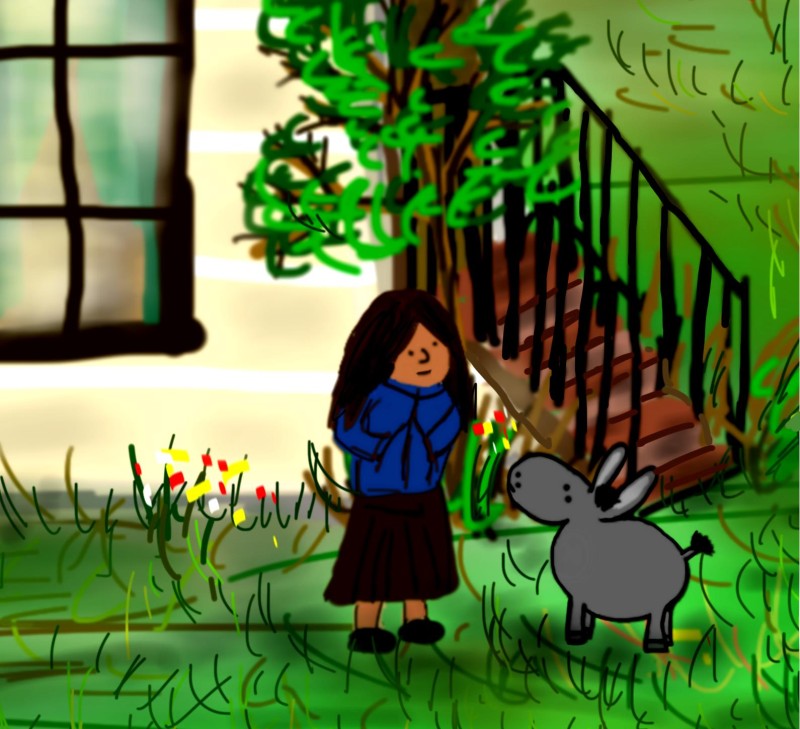 It’s your turn, said Virginia, I’m sure you’ll do fine. 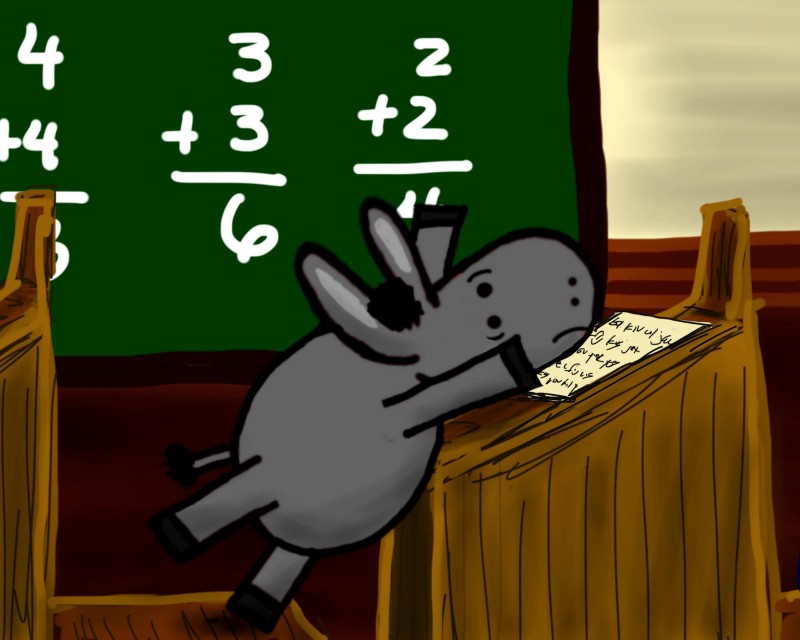 Alright big-nose, said the schoolmarm, you’ve got sixty seconds.
Read as many words as fast as you can… Begin! 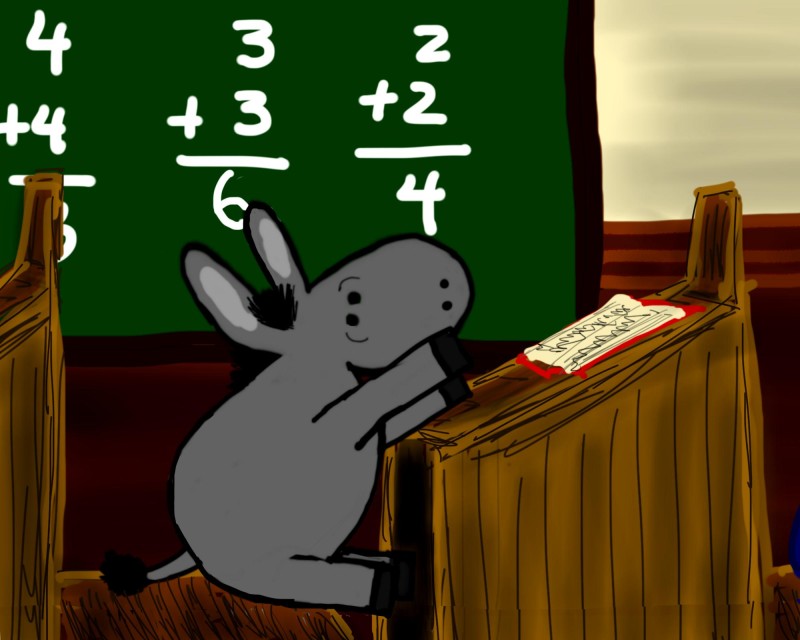 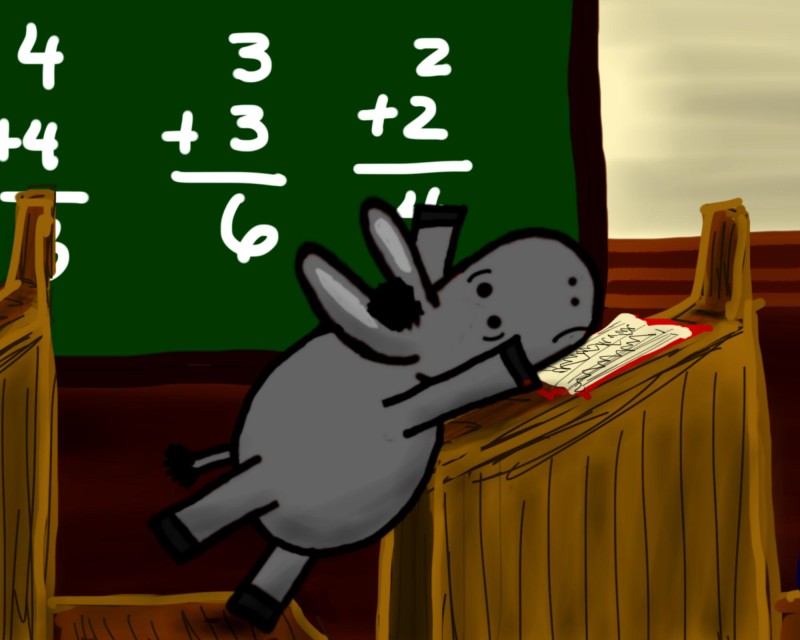 O.k., said the teacher, let’s have “big-nose” do the next one… Tell us, “big-nose”, how many arc seconds per century is the perihelion precession of Mercury relative to the earth, and what scientist provided the theory to explain this precession? 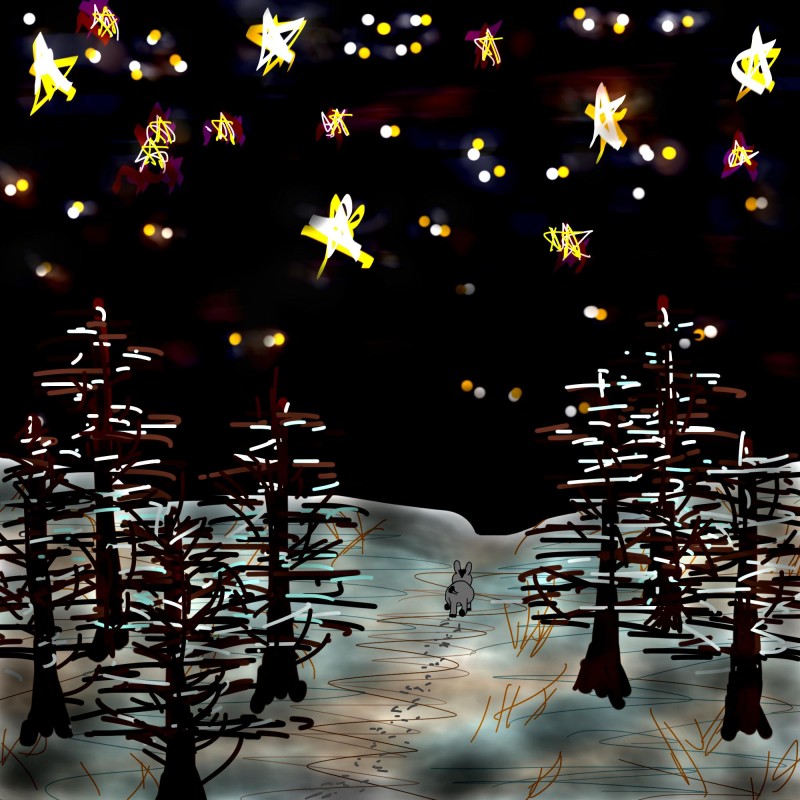 When I heard the learnèd school-marm;
when the proofs and figures were ranged in columns;
when I was shown the charts and diagrams,
to add, divide, and measure the heavens;
when I, sitting, heard the school-marm in the school house,
how soon, unaccountable, I became tired and sick;
till rising and gliding out, I wandered off by myself,
into the mystical cool night-air, and from time to time,
looked up in perfect silence at the stars. 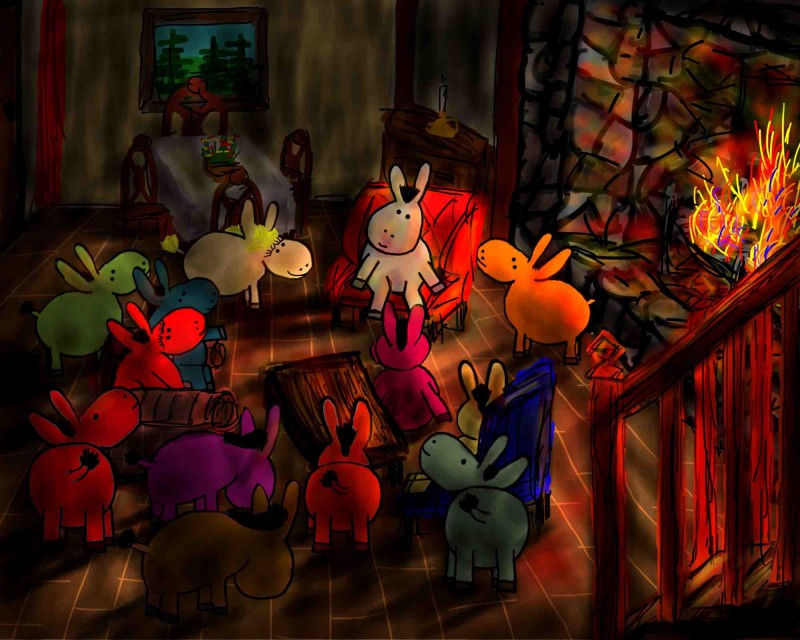 And they said, “Speak to us of intoxication.”
And Blurtso replied:
“What is there inside yourself you need to kill?”